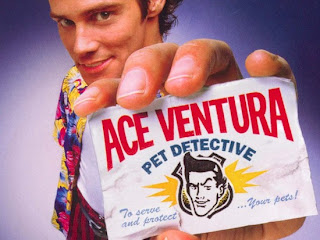 saw this movie for the 2nd time after such a long gap...its a classic comedy movie featuring comedy king Jim Carrey...his acting in the movie is so funny and i really enjoyed watching it again...which are ur favourite movies of his????
prescribed by broca's area at 19:19 14 comments: 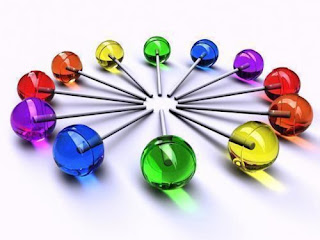 Paediatrics is one subject where u simply cant extract a reasonable history and examine the patient without bribing them[children!-even they need it!]...this[bribing] not only makes the child cooperative but also the informant[usually the mother] who until then would have thought that we are concerned only about their history and not about their children...yesterday we[3 of us] saw a case where the child due to vitamin D deficiency had developed muscle weakness and was not unable to walk inspite of being 1.5 yrs old...and when we tried to examine it, it just refused in the form of crying....finally after giving a lollipop it calmed down and allowed us to examine it[that too with great difficulty]...thats called Lollipop effect..:)...
i still remember when i was younger the pediatrician near by always used to give me a toffee on my every visit and that one toffee really used to lift me up!!!...so when ever i see any child in the wards i make sure they don't go empty handed....
prescribed by broca's area at 15:56 22 comments: 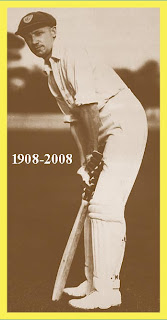 Sir Donald Bradman of Australia was, beyond any argument,was the greatest batsman who ever lived and the greatest cricketer of the 20th century....being his 100th birth anniversary today let us all [cricket fans] truly salute this true cricketer and a Gentleman!!..
prescribed by broca's area at 17:44 10 comments:

It strikes! one, two,
Three, four, five, six. Enough, enough, dear watch,
Thy pulse hath beat enough. Now sleep and rest;
Would thou could'st make the time to do so too;
I'll wind thee up no more.
- Ben Jonson 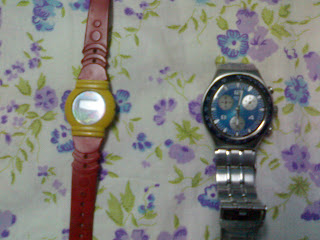 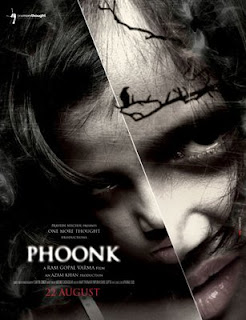 day was quite good....didnt have any classes in the afternoon.. so myself and 5 of my other friends went to watch Phoonk movie...movie is quite good...bit scary and its worth a watch in a theater[don't go by the reviews]....Kannada hero Sudeep has acted in this movie and has done his part quite well....hope its just the beginning in his new Bollywood career!...came back home and watched Transformers ..another master piece from Hollywood....!!..
prescribed by broca's area at 00:29 11 comments:

Why Lawyers should never ask a witness a question if > they aren't prepared for the worst answer.
>
> In a trial, a Southern small town prosecuting attorney
> called his first witness to the stand. The witness was
> a grand motherly, elderly woman.
>
> He approached her and asked, "Mrs.Jones, do you know
> me?"
>
> She responded, "Why, yes I do know you, Mr. Williams.
> I've know you since you were a young boy,and
> frankly,you've been a big disappointment to me. You
> lie, you cheat on your wife, you manipulate people and
> talk about them behind their backs. You think you're a
> big shot when you haven't the brains to realize you
> never will amount to anything more than a two-bit
> paper pusher. Yes, I know you. "
>
> The Lawyer was stunned.
>
> Not knowing what else to do, he pointed across the
> room and asked,
> "Mrs. Jones. Do you know the defense attorney?"
>
> She again replied, "Why yes, I do. I've known Mr.
> Bradley since he was a youngster, too. He's
> lazy,bigoted and he has a drinking problem. He can't
> build a normal relationship with anyone and his law
> practice is one of the worst in the entire state. Not
> to mention he cheated on his wife with three different
> women, one of them was your wife.Yes, I know him."
>
> The defense attorney almost fainted.
> The judge asked both counselors to approach the bench,
> and in a very quiet voice, said, "If either of you
> bast****s asks her if she knows me, I'll throw you in
> jail for contempt."
prescribed by broca's area at 22:23 11 comments: 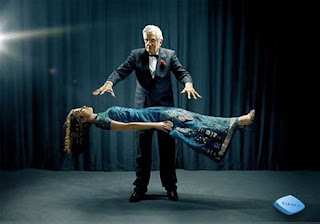 Ever wonder how these magician perform the floating trick? Here is the secret - Viagra. It is a little bit disturbing, but funny at the same time....:))
prescribed by broca's area at 12:16 11 comments: 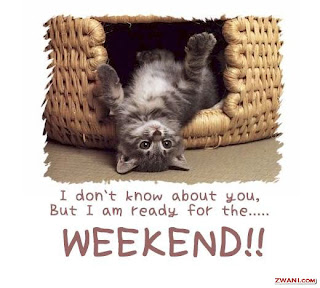 good weekend coming[already started!] up and am eagerly looking forward to it this time....last few weekends have been quite hectic[coz of internals!]....will watch a movie[ironman or transformers] and may be go out and have something to satify my taste buds...paediatrics postings is good[one of the best departments in our college] and this being our last term in mbbs we ahve to make best use of the clinical postings[still medicine,obg and surgery to go!!!].....hope we utilize it properly!!!...:) 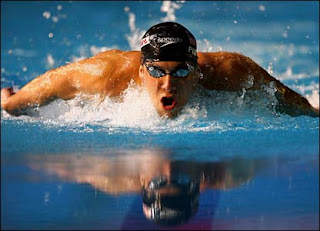 Michael Phelps holds the record for the most gold medals won at a single Olympics, a total of eight, and is arguably the best Olympic athlete ever.With all NBC ads about "giant feet" and the highly publicized facts about his physical features, some of my colleagues pointed out that Mr. Phelps has quite a few features of Marfan syndrome[Msy].His height is 6'4" and his arm span of 6'7" is greater than his height.
According to Cleveland Leader, "that is a ratio of 1.04, which is just shy of the clinical cutoff of 1.05. He is also said to have hypermobile joints in his knees, shoulders and ankles." Mr. Phepls also has large hands and feet. Marfan syndrome is an inherited connective-tissue disorder which presents with tall stature, ectopia lentis, mitral valve prolapse, aortic root dilatation, and aortic dissection.
In his book, "Michael Phelps: Beneath the Surface" written by both Phelps and Brian Cazeneuve, he writes about the scare of the possible diagnosis of Marfan syndrome:
"My heart rate was accelerating and Bob suggested I see the doctor. Because I was very flexible and had long hands and feet. I had some early symptoms of Marfan Syndrome, a disease that affects connective tissues and can be fatal if there is leakage to the vessels that lead to the heart. If you reach out your arms and form a T and your wingspan is longer than your height, you can be at risk. In my case, those measurements have always been very close. I didn't know at the time why the doctor decided to look into this. My mom and Bob didn't want me to freak out, so they told me it was simply a good idea for young athletes to have an EKG test in order to look at the heart.Fortunately everything was, and still is, okay. I have been tested once a year ever since at John's Hopkins under the direction of Dr. Peter Roe and the tissues are strong, the aortic rout is clear and my heart is in good shape - as long as my Baltimore Ravens are winning."
We all want our heroes to be perfect but they never are. Their biggest strength however lies in overcoming their own shortcomings and giving inspiration for millions around the world to do the same.
source-cases.blogspot.com
prescribed by broca's area at 19:11 13 comments: 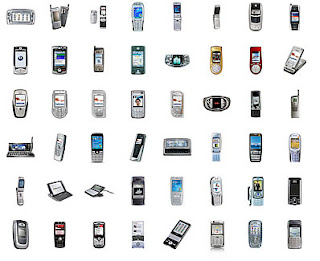 posting for the 2nd time today....[boredom is killing me]
was searching some softwares for my mobile......they are quite good but have made my cell damn slow....
softwares are...
pdf reader
adobe
dvix player
dvd player
blue tooth hacker..:P
torch
smart movie player
opera web browser.....
prescribed by broca's area at 22:46 11 comments:

really bored now...had an internals today....no mood to study anything and more over no new movies to watch!!.:(.... 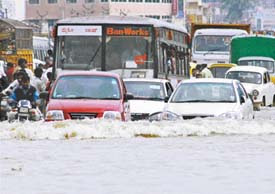 Bangalore is getting good showers these days.....hope i dont catch up with a cold or any viral infection[my bro is already ill]
prescribed by broca's area at 18:25 6 comments: 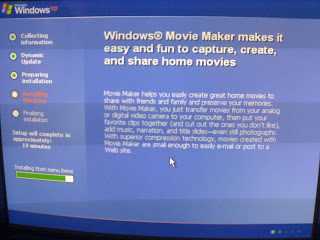 yeah finally am back.....reinstalled my pc today..feeling pretty happy[and proud too..since did everything by my self]....:))....feeling really good to be back here...will be catching up on other blogs today..thanks for visiting my blog all these days... 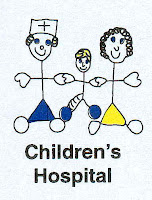 finally paediatrics postings started this week...its pretty good...we get to see many cute children..best thing is they become friendly pretty soon[of course after bribing them with a candy!]....obg theory internals coming up this tued!!!!..wish me good luck..bye:)
prescribed by broca's area at 16:17 11 comments: 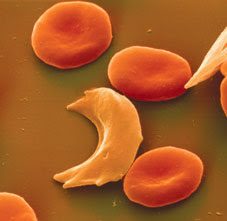 hmm..finally our obg[obstetrics and gynaecology] postings[of 6 weeks] will be over today..it was quite a good posting where we learned many things and saw some really good cases...
we had internals on wednesday and my case was a lady[obvious] with a Rh -VE pregnancy[which means her blood grp is O-ve and her husbands is B+ve]...the problem in such pregnancies is that the fetus being Rh+ve[which acquires husbands blood grp-Mendelian principle] triggers a immune reaction in the mother which eventually results in its[fetus] rbc[red blood cell] destruction[similar to what happens in a mismatched blood transfusion] resulting in serious complications like jaundice in the baby...my patient had similar complication which unfortunately resulted in delivery of a dead baby:(...hope next time she conceives a healthy child..:))...

my pc is not working from a few a days due to some worm attck....feel like am in a jail....now at my aunts place and trying to blog here as much as i can:)... 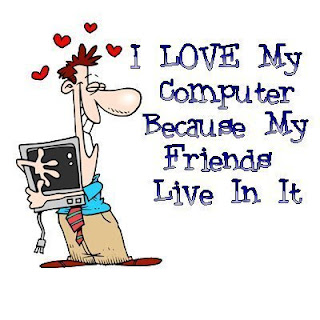 would like to wish all of my fellow bloggers Happy Friendship day:)....hope we maintain our virtual friendship...:)

In the year 1935 the United States Congress announced the first Sunday of August as the National Friendship Day. From then on it has caught up with the rest of the world and today everyone celebrates Friendship's Day with much enthusiasm and joy. A special day dedicated just for friends is something that everyone looks forward to. The beautiful idea of honoring one of the most pious relations of all, i.e. Friendship, is appreciated by people all over the world. It has assumed the proportion of being celebrated as a festival. Friends all over the world pay tribute to their chums by giving them gifts and other tributes. The best way to celebrate this beautiful day is by spending the entire day with your special pals.
prescribed by broca's area at 10:25 19 comments: 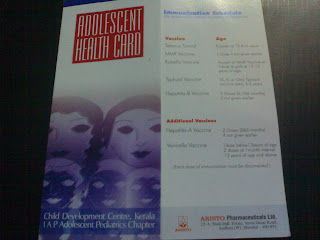 August 1st is usually considered as Adolescent day..main aim being to educate the people abt its effect on the individual both biologically and psychologically...in keeping this mind IAP[Indian Paediatric Association] has started a program for the welfare of the people in this age group....

Indian being the home of highest no of HIV+ve cases really needs to educate the people regarding sex and its misconceptions....
prescribed by broca's area at 18:41 4 comments: