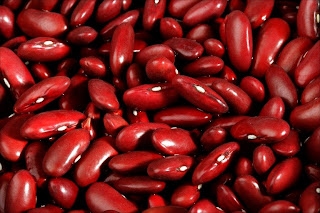 A ladies letter to her friend-
"One day I met a sweet gentleman and fell in love. When it became
apparent that we would marry, I made the supreme sacrifice and gave up
eating beans.

Some months later, on my birthday, my car broke down on the way home
from work. Since I lived in the countryside I called my husband and told
him that I would be late because I had to walk home. On my way, I passed
by a small diner and the odour of baked beans was more than I could
stand. With miles to walk, I figured that I would walk off any ill
effects by the time I reached home, so I stopped at the dinner and
before I knew it, I had consumed three large orders of baked beans.

All the way home, I made sure that I released all the gas. Upon my
arrival, my husband seemed excited to see me and exclaimed delightedly:
"Darling I have a surprise for dinner tonight." He then blindfolded me
and led me to my chair at the dinner table. I took a seat and just as he
was about to remove my blindfold, the telephone rang. He made me promise
not to touch the blindfold until he returned and went to answer the
call. The baked beans I had consumed were still affecting me and the
pressure was becoming most unbearable, so while my husband was out of
the room I seized the opportunity, shifted my weight to one leg and let
one go. It was not only loud, but it smelled like a fertilizer truck
running over a skunk in front of a pulpwood mill.

I took my napkin from my lap and fanned the air around me vigorously.
Then, shifting to the other cheek, I ripped off three more. The stink
was worse than stinking cabbage. Keeping my ears carefully tuned to the
conversation in the other room, I went on like this for another few
minutes.

The pleasure was indescribable. When eventually the telephone farewells
signaled the end of my freedom, I quickly fanned the air a few more
times with my napkin, placed it on my lap and folded my hands back on it
feeling very relieved and pleased with myself. My face must have been
the picture of innocence when my husband returned,apologizing for
taking so long.

He asked me if I had peeked through the blindfold, and I assured him I
had not. At this point, he removed the blindfold, and twelve dinner
guests seated around the table chorused: "Happy Birthday!"!! I nearly
died!!!"
prescribed by broca's area at 16:11

LMAO! That was very damn funny, did it happen for real?

ohmigod!!! best joke that i ever heard in a lnong span..


where do u find such funny stuff???